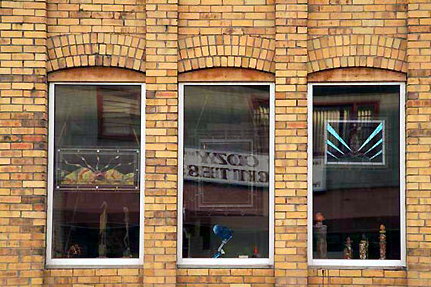 Emissaries from the Future

Is it possible to enter into two-way communication with people in the distant future? In this highly experiential workshop, we explore this possibility through a technique that straddles the blurry boundary between improvisational role-playing and telepathic channeling. Each participant will get a chance to ask questions of a being from the future, as well as to actually connect such a being and channel the answers. Charles will use a powerful guided meditation to forge a link with people 200 years from now. You need not actually believe in this premise for this “technology” of communicating across time to work. It is equally effective if you don’t believe in any of that channeling crap, and instead see the process as a role-playing game. However you interpret it, the experience of speaking from the future is uncanny, and a tremendous sense of clarity opens up, a kind of direct, authentic knowledge that despite the gravity of the present crisis, a more beautiful world is indeed possible.

Of the many possible futures, this process connects us with the most beautiful one that you can realistically imagine, by invoking experiences that showed us directly what is possible for life and earth. As framing, Charles discusses the superposition of timelines, multiple pasts and futures, and the social dynamics and psychodynamics of transition, laying out a metaphysical basis for the time-bridging technology we will employ.