How much should I share in a public bio? It’s a bit of a dilemma. I could just give you the sanitized version, like one would put on a resume, and you would feel its insincerity. On the other hand, I am hesitant to expose myself too much to total strangers (no offense). So I’ll do my best to share what might provide helpful context for this site.

I was born in 1967 and was a very sensitive, intellectual, and dreamy child. I was always consumed by questions like, “Where did I come from?”, ”Why am I here?”, “Where am I going?” so of course, embedded as I was in a culture that sees science and reason as the source of truth, I tried to “figure out” the answers. I graduated from Yale University with a degree in Mathematics and Philosophy, but my development of reason and intellect brought me no closer to any truth I really cared about. 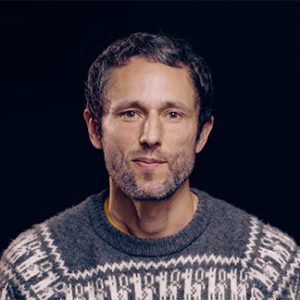 My quest had an emotional dimension as well. From an early age I sensed a wrongness in the world. Sitting in a classroom doing worksheets, part of me rebelled. “We are not supposed to be doing this! It isn’t supposed to be this way.” It was a half-formed thought, embedded in a cloud of indignation and bewilderment. This perception, abetted by a growing awareness of ecological devastation and social injustice, prevented me from whole-heartedly embracing a normal career.

I didn’t know what I was searching for, but I knew that none of the usual options life presents a Yale graduate attracted me. I went to Taiwan, learned Chinese, and soon found myself working as a translator. I spent most of my 20s there, educating myself broadly (though not at all rigorously – it was more through osmosis) in Eastern spiritual traditions. I also read voraciously: books on health, nutrition, globalization, spirituality, physics, and biology. Translation led to other business opportunities, and I became familiar with this dimension of the human experience. In Taiwan, I met my dear friend and ex-wife Patsy, with whom I have three children, all boys. I am since remarried and have a fourth son. No one ever told me the procedure for making girls.

In my late 20s I entered what was to be a long period of intensifying crisis. It started when all my professional work became intolerable. It became excruciating to do work I didn’t care about. Even though a million reasons told me why it was irresponsible, impractical, and foolish to quit, I eventually could not make myself do it anymore. An irrepressible feeling, “I am not here to be doing this!” took control of my life. So I entered a long period of searching. I did a yoga teacher training and discovered I definitely didn’t want to teach yoga. I taught at Penn State University in a very marginal position – my official job title was “temporary employee type 2” – and reaffirmed my aversion to academia. And I stayed at home a lot taking care of our little boys.

What did I want to do? I was 36 and I still didn’t know. Nor had I answered my lifelong question: What is the origin of the wrongness in the world? Then one day both questions were answered at once, when the answer to my question crystallized inside me. As often happens with such questions, the answer was bigger than the question. It dissolved its premises and began reordering my world. I won’t tell you the answer-that-transcends-the-question now, but I spent the next four years pouring my heart and soul into a book, The Ascent of Humanity, that lays out what crystallized that day.

The “reordering of my world” wasn’t only intellectual. The next five years were much like a birthing process. The old world dissolved, and the contractions birthing me into the new took the form of a collapse of all that I once held onto. I went through divorce, bankruptcy, and exhaustion. I had to let go of a “life under control.” In my helplessness, I accepted help. I received the things I had given up on; for example, I met Stella and we had a baby, and there is so much love between all of us including my ex-wife Patsy. I have become rich, if not in money, certainly in connections to other people. Friends and strangers from all over the world write to tell me how my books have affected them; they sustain my faith and nourish my passion for the work I do.

This is the part of a bio where one implies that one has arrived at some exalted state of success, all mistakes safely in the past. Well, I’m not the guy who has got it all figured out. I know that my books and other work comes from a deep, inspired source, but that source is not me! It is more like I’m connecting to a field of knowledge, or to a story that wants to be told. This knowledge is as much my teacher as it is anyone else’s. I’m kind of ordinary, compared to some of the amazing people I keep meeting. I’m just as much in the learning as anyone else, wandering as best I can toward “the more beautiful world my heart knows is possible,” encumbered by the programming and the wounds of our civilization.

One more thing: because the source of my writing is not me, I prefer not to call what I do “my” work. If I weren’t doing it, it would find someone else to do it. That’s also why I prefer not to enclose what I create inside intellectual property walls. Everything on this site is freely available. I welcome you to make the most of it, use it in the way that best serves what we all serve, and evolve it to the next level.

Sometimes people ask me which of my four books they should read first. Usually I suggest the most recent, The More Beautiful World our Hearts Know is Possible, because it offers a more highly distilled exposition of our society's transition in its deep stories.

After reading that you'll know where to go. Sacred Economics explores the transition as it applies to the world of money, economy, and gift. It has a lot of actual economics along with material on the psychospiritual dimensions of money. It starts with the question, "Why does money seem to be a force for injustice and destruction? After all, it is just a system of agreements, a story." And, "What would a new story, a new system of agreements look like that were aligned with a healing planet?"

The Ascent of Humanity was where I first articulated the idea of a tide of separation generating a convergence of crises that is giving birth to a new age. It traces multiple crises -- ecological, medical, educational, political, and more -- to a common origin. It was the culmination of a lifelong quest to answer the question, "What is the origin of the wrongness?" by which I meant the wrongness that seems to have permeated every institution of modern civilization. As often happens with such questions, the answer transcended the question.

Way back before I really thought of myself as a writer, I wrote a slim volume called The Yoga of Eating. In it you can see the ideas that came together in later books in an immature form. The book offers an alternative approach to diet that doesn't depend on finding which of hundreds of conflicting nutritional philosophies is correct.

Airing every few weeks, the podcast which I call A New and Ancient Story features a conversation with someone who has inspired me with their work, their story, or their presence. Occasionally I also put out a recording of a speech, especially if it contains new material. Some of the conversation partners are well-known; others are seemingly ordinary people, or perhaps they are so far ahead of the curve that they won’t be well known for years. They include people pushing the edges in activism, science, healing of every kind, and technology (broadly conceived).

Truly paradigm-breaking work often seems flaky, irresponsible, naïve, or otherwise suspect; we want to accept it and believe in it, but at the same time we are afraid to, lest we be a numbered among the dupes and the fools. Complicating the issue is that there are indeed a lot of ungrounded developers and practitioners of new-story technologies. As best as I am able, I curate this podcast to introduce you to innovators, visionaries, change-makers, edge-workers, and story-holders of integrity.

About Audio and Video Selections

In these sections you will find videos and audio recordings that have been created by others about my work. Some of them record lectures at various venues; some are creative edited features of a topic or theme; some are podcast recordings or radio interview that I've given over the last several years. This is not an exhaustive compilation, by any means.

About Programs and Courses

I have noticed that people are reading less than they used to, especially books. Because many of the ideas I work with cannot be adequately conveyed through a single video or essay, I have created longer online offerings in the form of courses or conversation series. They are not a substitute for my books, but they engage different learning styles and I think in many ways they are more effective. They are also collaborative, both in the sense that I co-create them with a small team of colleagues, and in the sense that course participants interact with each other and with me through occasional live calls.

Other Ways to Engage

Here are the people who have made this website and all its offerings possible:

I’d like to thank Michael Marten and Flipeleven for their technical contributions, artistic direction, and the selection of photography on this site. I also appreciate the contributions from my dear friends Filiz Telek and Jamie Fritsch, who allowed me to use their photography in my online courses.

Other images on this site come from a variety of sources that allow use under Creative Commons 2.0.