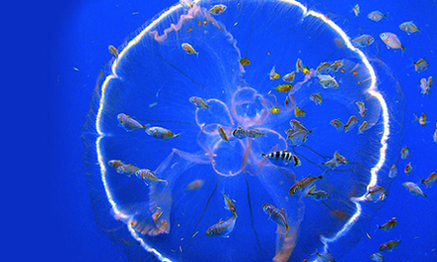 In case you were wondering whether the oceans are worth protecting, the World Wildlife Fund has helpfully put a monetary value on them: $24 trillion. No doubt they hope to align economic incentive with ecological well-being: a laudable motivation. But think for a moment about the mentality this kind of valuation feeds. It suggests:

(1) That money is a valid way to assess the value of something like an ocean.

(2) That we can and should make decisions about the planet based on the foreseeable financial gains and losses, and therefore…

(4) That it is possible to foresee and calculate the contribution of the oceans to human welfare in the first place—that our knowledge is sufficient to qualify us to even make this valuation.

(5) That we can separate out the oceans from the rest of the planet, as if they were a line item on a spreadsheet independent of the rest. So conceivably, we could compensate for the loss of the oceans with more from some other revenue stream.

(6) That decisions about the oceans should be made based on the effect on human beings—that the oceans themselves and everything living in them have no intrinsic worth. What is important is their economic worth—their value to us.

Clearly, this mentality is part of the problem. At this very moment we are trashing the oceans for the sake of money. I do not know how many trillions of dollars we are making in the process, but when I read of ten thousand seals washing up dead on California’s beaches, I know that however much we are making, it isn’t enough. No amount of money is enough to compensate for the loss of the sacred.

We have to understand that some things are beyond measure and beyond price. This conflicts with the reigning ideology of our time: science says that nothing is beyond measure; economics that nothing is beyond price. Accordingly, we (the dominant culture) have believed that by extending the scope and accuracy of our quantitative reasoning, we will through technology conquer the world, and that by extending the domain of market relationships, we will maximize the efficient production of wealth.

Why then, even as our technologies of control grow more powerful and precise, does the world seem to be spiraling out of control? Why then, even as global GDP reaches new heights, do we experience greater and greater poverty—a poverty from which even the financially rich are not exempt? It is because something is left out of our measurements.

What is left out? First, the things we choose not to measure, perhaps because we don’t think they are important, or because they interfere with established power relationships.

Second, the things we don’t know how to measure, because our understanding of nature or society is much less complete than we admit. Can we really know the effect of the seal die-off when it cascades through the ocean ecosystem?

Third, those things that are un-measurable: beauty, joy, purpose, pain, sacredness, fulfillment, play… and the sight of seals on the beach, even if they are useless for any other purpose. Yet these are what make life rich. Think of the difference between a rote performance and a song actually sung to you. Money can’t buy you love.

Numbers have their place, but if we are to preserve the things on this planet that are beyond price, we cannot rely on mathematics to do it. We cannot scare ourselves into compassion, imagining that properly quantifying the blowback will deter us from wreaking further harm. Fear for one’s self-interest is what thwarts compassion in the first place.

Nor can we bribe ourselves into love, hoping that we will finally take care of the oceans if only we realize how much money we’d save. Those contributing to the despoliation of the oceans are making an awful lot of money doing so, and a lot of the choices we must make in the future will seem to defy economic interest. The pecuniary mind won’t save us from the destruction generated by the pecuniary mind.

We need to be very cautious about valuing “ecosystem services.” At best, this stance allows the bean counter in all of us to relax their guard and give us permission to act from our love of Earth. “It’s OK, it makes economic sense too.”

Unfortunately, by invoking economic arguments we risk perpetuating the notion that the ecosystem is, fundamentally, a source of “services;” that the planet is here for us, valuable for its use to us, and not in its own right.

The ecological revolution must go deeper than that. It isn’t about valuing and utilizing nature more cleverly. It’s about genuine respect for nature, and according it intrinsic value—even holding it sacred.

Where is the sacredness when we have reduced nature to a number?

Previous: The Baby in the Playpen
Next: The Woman Who Chose to Plant Corn