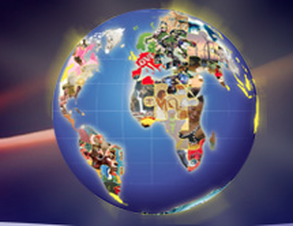 Let me take up again my friend's comment about the upcoming New Story Summit at Findhorn. Here it is, in case you missed it last time:

I have begun to feel some sense that by talking so much about "a New Story" it is taking some of the energy out of just doing it, or even better, being it. Embodying it. Is this gathering at Findhorn just going to be a lot of talk, just another conference where we can parade our insights in front of each other and compete for who gets the recognition? Is this summit an old story trying to be a new story or am I just being cynical?

I'm sure she is not the only one who feels sometimes (and maybe most of the time) the same frustration I do: “Enough talk! Let's do it. Let's be it.” Yet on the other hand, we recognize that there is talk, and there is talk: some words are far more potent than others, and in a social world whose reproduction is mediated through symbols, the distinction between talking and acting is not always obvious. After all, when we urge President Obama to “take action” on something, we are in fact urging him to wield words: make a speech, propose legislation, stamp a piece of paper with the word “veto.”

Now at first glance this seems like a disingenuous comparison. Barack Obama's words are more than just words, because they are attached to the levers of power: quite different from the impotent words of a bunch of people opinionating to each other in a retreat in northern Scotland. I would like to explain why I think this difference is an illusion, and why the reality might be quite the opposite of the appearance.

How exactly do the “levers of power” operate? Why do the words of a President, a corporate executive, or a military commander translate into palpable effects in the material world? It is because their words are contained in a system of agreements, common perceptions, and common frameworks of meaning. They gain their power through the story that embeds them; in Obama's case, the story we call “America,” “the President,” and so forth. Absent these stories, his words are just so much hot air.

Despite the apparent power of its symbol-mediated actions, the global elite is strikingly helpless to enact any course of action that deviates substantially from the current one. An investment bank can deploy funds toward investment A or investment B, but only within very narrow parameters: a viable investment must for example bear a significant rate of return. Privately, the banker may confess that he doesn't agree with any of the investments; he'd prefer to create nature reserves rather than palm oil plantations, but once he attempts that, the institutions of power no longer are on his side. Again and again, we see left-leaning politicians, when they attain office, adopt the same neoliberal policies as their right-wing predecessors. Their power is mostly the power of a functionary.

The “old story” – long-standing narratives and the institutions that embody them – tightly circumscribe the range of choices that those with institutional power have. Theirs is the power to perpetuate the system, not to change it. I don't want to overstate the case here – oftentimes, there is significant leeway to choose, for example, peace over war, or to cancel a nuclear power plant – but anyone who tries to change the system itself is soon removed from power.

Radical change of the kind necessary to transform our world cannot come from the confines of the story that has created the world we know today. It cannot come from its functionaries. It will only come from a different story, the “new story” of our gathering (though in many respects, it is not new at all but very ancient.) Events like the New Story Summit gather various of the storytellers of a different world. It is there, and not in the halls of power, that real change begins.

It is not as my friend's inner cynic (and my own) fears, that we will spend a few days together in fruitless philosophizing only to return home unchanged. These gatherings renew and nourish us in our work, and put it into a larger framework in which it all makes sense, in which it all fits together. A story bestows meaning and coordinates human creativity.

True, as I mentioned in part one, most conferences employ certain structures that embody the status quo, for example the speaker/participant divide, the clock-based schedule, and so on. So we experiment with changing them. We are familiar with the old, but what is the new? We don't know yet. Is it to imitate indigenous circle-based processes? Is to let go of structure altogether, or to crowd-source the structure, replacing overt authority with hidden authority? (Someone must still establish the ground rules.) These are unanswered questions, worthy of hands-on exploration. The New Story Summit plays with some of the usual conventions of a conference, utilizing a lot of open space technology, empty time, a gift-based participation fee, and more.

As one of the organizers commented to me, perhaps all of this wrangling is a bit presumptuous. Perhaps the summit is guided by forces far beyond our conscious human agency. It is, after all, being hosted at Findhorn, a place with a long history of cocreation between humans and the land. We might say that the land itself has organized this conference, the land will guide this conference, and our responsibility as presenters or attendees is to listen for the will of the land and bow deeply into its service.

I don't think I am alone in being weary of the whole game of “parading insights” and trying to impress each other. All the people I've talked to, including and especially the organizers, hold the purpose of our gathering as sacred. Yes, we may carry some habits of ego into a meeting that bears structural imprints of the old story, but we also carry the sincere desire to put them aside in the interests of service to... to the healing of our planet... to the new and ancient story upon which a more beautiful world might be built.