“A thrush had alighted on a bough not five meters away… then began to pour out a torrent of song… Winston watched it with a sort of vague reverence. For whom, for what, was that bird singing? No mate, no rival was watching it. What made it sit at the edge of the lonely wood and pour its music into nothingness?”

The purpose of life is not "to survive." Well, duh, everyone knows that. Or do we? Actually, in both biology and economics, the purpose of life is really nothing more than to survive. In biology, our behavior is supposed to be driven ultimately by our genes, which program us to act in their interests of survival and replication. It is thought that genes that programmed any other behavior would soon disappear from the gene pool. As for economics, we supposedly act in our rational self-interest, which is tabulated in money units. Money equals security, which arises out of the survival instinct.

Isn't it odd, though, that we all feel the existence of another purpose to life other than merely to survive, which is really just to live, which is really no purpose at all? In fact often it is survival anxiety that compels us to deny our sense of purpose, often with the words, "I cannot afford to." Written into human nature is the desire to share, to create beautiful things, to pour our music into nothingness. Sometimes I feel powerful urges toward generosity—with my money or time—but I'm afraid to act on them because, after all, will there be enough left for me? Rational self-interest gets in the way of my beautiful impulses. These impulses come so spontaneously, from such a deep place, that I do not hesitate to call them the real me.

The irony is that the "rational self-interest" is a delusion, rational maybe but not in my interest. It follows from a deluded understanding of who I am, the "discrete and separate self" I keep talking about in my book. I am the world and the world is me. Saints and mystics have been trying to teach us that for thousands of years. Or actually, they've been trying to remind us. We have forgotten what was once universally obvious. Luckily, sometimes the truth breaks through like a ray of sunshine, and I remember how vast the sky is behind the closely overcast confinement of my narrow world of me and mine. And I realize that I will be okay.

All around, life exuberantly pours out its beauty. Do the birds really need to sing that much to find a mate and establish territory, and do the songs really have to be that beautiful? Surely a lesser caloric expenditure would suffice? Do flowers have to be that pretty and does the sky have to be that blue? Is it my imagination when the wind caresses me, or when the moon reflects the gaze of one I love far away? My rational mind can explain away all this beauty, but increasingly, I choose to believe.

By my old standards, I am going insane. 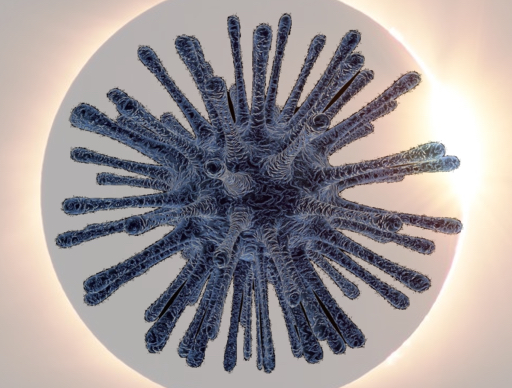 Covid-19 is showing us that when humanity is united in common cause, phenomenally rapid change is possible. None of the …
Essay

You can understand a lot about our culture through the lens of addiction. Addiction is another area where we attack …
Video
More